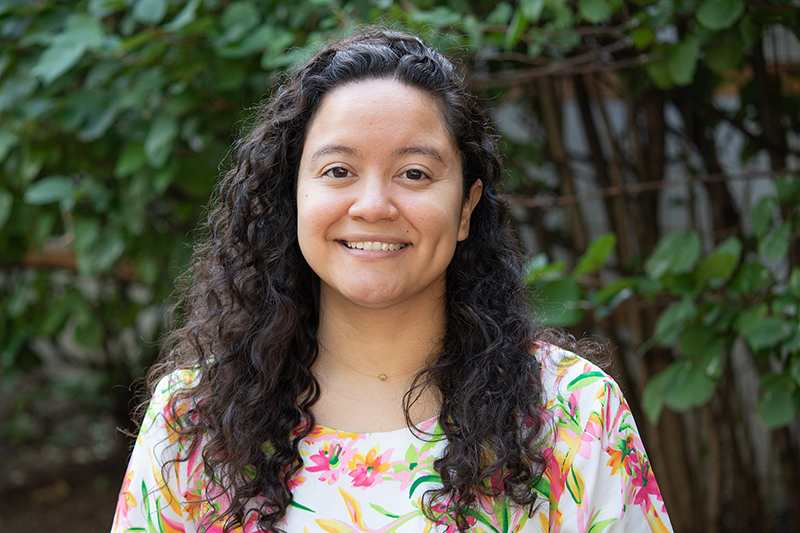 Ada Avila (SSW’19) was worried when she saw that after heavy rains, the basement of her childhood home in Chelsea, MA would flood with sewage—a serious threat to health. But when she learned that her family’s neighbors were also experiencing the same sanitation problem, she began to ask questions and advocate for solutions.

The flooding began about two years ago and has affected at least five to seven families, said Avila, who is now working on her MPH in environmental health at BU School of Public Health. Chelsea, which has a population that is 60 percent Hispanic, had previously suffered from a lack of investment, but in recent years, numerous luxury housing developments have been built. “Chelsea is already densely populated, has aging infrastructure, and we’re right near the water, which means we’ll experience climate change effects,” she said. “You can’t keep developing without updating the infrastructure and not see these problems.”

Avila learned that her neighbors had previously tried to get the attention of city government, with little success. “Some went to city hall in person to complain but the message never got through,” she said. She started contacting her city councilor, city manager, and the city engineer via phone, mail, and in-person meetings, and has attended community meetings with her neighbors. She also enlisted the support of the Chelsea Collaborative, a Latino-led community advocacy organization.

“Communities of color will be most impacted by climate change, and I feel that the flooding in Chelsea is a red flag.”

In response, the city provided a reimbursement plan for affected families, allowing them to upgrade pipes in their homes, although it’s a short-term fix. “A lot of neighbors had these new valves installed, and they are still facing flooding,” said Avila. She learned that the root cause of the problem was a lack of separate systems for sewage and storm drainage, and ultimately, these systems must be upgraded. Although Avila considers the city engineer to be a partner, the work will still take three to five years to complete, if approved.

Throughout the process, she has learned that persistence and patience are key. “Change takes time. Pushing has been the most effective thing: asking ‘where are we on this?’ They realize, oh, you’re not going away.”

Avila credits her social work education with giving her the skills to navigate advocacy work. “Macro social work provides tools to understand community members’ motivations for development—how people can benefit, their strengths, their weaknesses, their conflicts of interest. You have to use a certain type of communication if you want change,” she said. “Social work helped me learn it’s not just one person who is responsible, like a city manager; there are all these other leadership structures and committees in the government.” Micro social work skills have also proven beneficial, helping her set boundaries and avoid burnout.

Additionally, Avila’s studies in environmental health have helped her view the problem through an environmental justice lens. “Communities of color will be most impacted by climate change, and I feel that the flooding in Chelsea is a red flag,” she said. “Chelsea’s community health balance is tipped towards one side: development. Has Chelsea gotten better? Well, how do you define better? We have all these fancy new buildings. But there is more traffic, more flooding, a decrease in green space.”

Avila is continuing her work in Chelsea, driven by a sense of urgency and a desire to improve her hometown for all residents. She also wants to help her neighbors feel more empowered to address their concerns. “What’s the point of getting an education at a university if you’re not going to share what you’ve learned?”

Article and photo by Nilagia McCoy of the Center for Innovation in Social Work & Health.