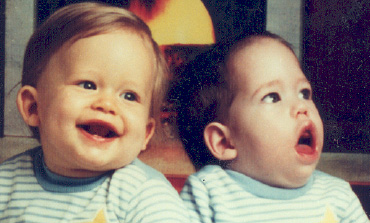 The second anniversary of the Affordable Care Act (ACA) forced me to reflect on some personal and painful experiences that followed the births of my full term twin sons, 26 years ago. I never imagined that landmark legislation like the ACA would pass in my lifetime, after years of advocating for what I refer to as “Justice for Jason.”

Jason, the second born of our twins, suffered a severe brain injury due to lack of oxygen during birth. What should have been a routine, healthy birth resulted in complications that left him medically fragile, technology dependent, and in need of round-the-clock nursing care. Jason died when he was 19 months old from complications of the injury he had suffered at birth.

We soon learned that having “good” health insurance didn’t guarantee that the policy would provide the medical services Jason needed.

One would think that this most devastating experience would be more than any family should have to face. Unfortunately, our experience with our health insurance compounded our nightmare. At that time, my husband and I were both federal employees with what we thought was the best, most comprehensive health insurance plan available through the Federal Employee’s Health Benefit Program (FEHBP). We soon learned that having “good” health insurance didn’t guarantee that the policy would provide the medical services Jason needed and were “covered benefits” under our health plan. The plan tried to limit his access to services and supports that should have been covered. After we negotiated with the plan for several months to get these services covered, the insurer withdrew from the FEHBP, citing the high cost of care for Jason and others like him. This was considered legal, as the company dropped the whole group as opposed to only our family. Our family and thousands of other federal employees and their families throughout Rhode Island and southeastern Massachusetts were forced to choose another FEHBP plan. None of these alternative plans included the complex care services that our son needed, especially, and most importantly, his home nursing care.

The ACA has provisions that contribute to universal, continuous coverage of children with special needs.  There are no longer pre-existing condition exclusions for children (which will go into effect for adults in 2014).

Dependent children up to age 26 can now remain on a parent’s health plan, ensuring them access to health services until they begin their careers with their own benefit packages. Our son, Jeffrey, Jason’s twin, lost his coverage through our plan in February 2008 when he turned 22, even though he was still a full time college student. Before this provision of the health reform law took effect, he had no choice but to purchase mandatory, costly, campus-sponsored health insurance that offered limited coverage. When this provision of the ACA was implemented in September 2010, we were able to put him back on our family health plan. Jeffrey was able complete his education without having to worry about how he might manage if he had gotten sick or suffered an injury.

Insurers can no longer rescind coverage when an individual suffers a catastrophic illness or injury. If this provision of the ACA had been in place when Jason was still alive, my husband and I wouldn’t still be haunted by wondering if he would have survived that dreadful night when he went into cardiac and respiratory arrest, if there had only been a nurse on duty in our home.

While we can never go back and undo the past, we find some solace in the knowledge that families like ours, who are currently raising children and youth with special health care needs, no longer need to worry about maintaining their children’s health coverage – the ACA protects them from that type of discrimination. No one law can fix all of the challenges of our current health care system. Nevertheless, my family and I are relieved to know that other children like Jason and other families like ours can no longer be treated differently due to health status.

I am still advocating, in honor of and in tribute to my son Jason David Wardyga. He taught me and many others, especially his pediatrician, that, “curing is only a small part of medicine and that caring is, above all, what is most important,” as was written in a note to us shortly after Jason’s funeral service.

We must all take the time to reflect on the progress we have made to date and commit to the hard work ahead while we continue the task of implementing health care reform in our nation. Disability does not discriminate – nor should WE!

Dawn Wardyga is a health care advocate. She and her family live in Rhode Island (RI).

This story first appeared in the Summer 2012 issue of Catalyst Center Coverage.